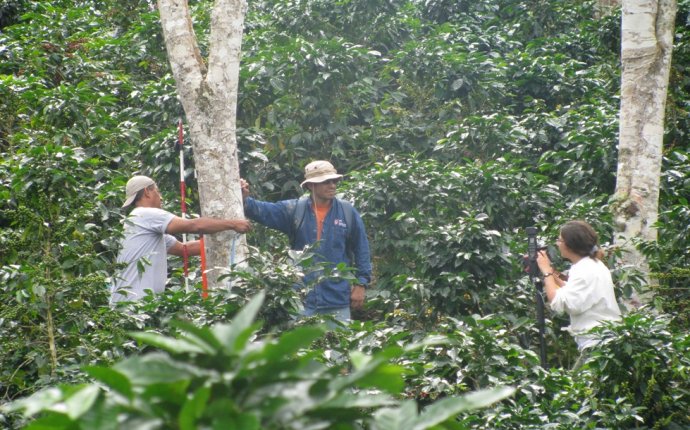 So guess who gave us the English word coffee? I'll give you a hint: they were integral to the founding of the New Amsterdam colony. That's right: our friends, the Dutch. The word coffee dates to the late 16th-century, and is derived from the Dutch word koffie. But both the word and the product are much older than this, although the Dutch are a big reason coffee found its way to America. We talked on Monday about how coffee was marketed into our lives, and I mentioned that its value was linked to its origin. But where does coffee come from? Where did it originate and how did it get here, to the bags and cans of roast on the shelves of supermarkets to the coffee shops around the world? Today we'll take a quick look at global travels of the bean and on Friday we'll consider the role of coffee in current times.

Though the first documented use of coffee as we know it happened in Yemen, all the stories on the origin of coffee occur in Africa. The earliest stories tell of a Ethiopian goatherd who noticed his flock was more animated than usual after eating some bright red berries. In one version of the story, he takes the berries to a holy man who forbids using them because of their stimulating properties. He throws them into the fire, but the intoxicating aroma that results causes him to reconsider. He mixes the scorched remains with water, and the world has a cup of coffee for the first time. Another version tells of a monk who sees the animated goatherd and his flock and picks the berries for his brothers, who spend their evening "uncannily alert to divine inspiration." The plant itself is native to Ethiopia, the Sudan, and Kenya. And while one source suggests botanical evidence to support the Ethiopian origin, others dispute the strength of the genetic evidence stating that the remains of ancestral genes do not provide enough information to definitively link the plant to specific place on the African continent. Additionally, the legend of the goatherd itself does not appear until the 17th-century, which suggests a more recent awareness of coffee Africa for some. This word was created via Turkish kahve, the Turkish pronunciation Arabic qahwa, a truncation of qahhwat al-bun or wine of the bean. One possible origin of the name is the Kingdom of Kaffa in Ethiopia, where the coffee plant originated; its name there is bunn or bunna. A National Geographic feature tells us that the beans were first brewed in the 11th-century, and were pretty widespread in the Muslim community by the 13th-century. Worshipers prized its stimulating properties because it allowed them to continue their devotions later, and coffee houses, which would become social and political centers, began to spring up:

Coffee was not only drunk in homes but also in the many public coffee houses—called qahveh khaneh—which began to appear in cities across the Near East. The popularity of the coffee houses was unequaled and people frequented them for all kinds of social activity. Not only did they drink coffee and engage in conversation, but they also listened to music, watched performers, played chess and kept current on the news of the day. In fact, they quickly became such an important center for the exchange of information that the coffee houses were often referred to as "Schools of the Wise."It was perhaps too stimulating for some leaders, who banned coffee partly in an attempt to curb the political fervor that it could inspire on occasion at the coffee house (some of which went on to become powerful institutions in the Western world: e.g., The New York Stock Exchange, The Bank of New York, and Lloyd's of London began life as coffee houses). However, coffee had enthusiastic supporters (as it does now) who called for the ban to be overturned.