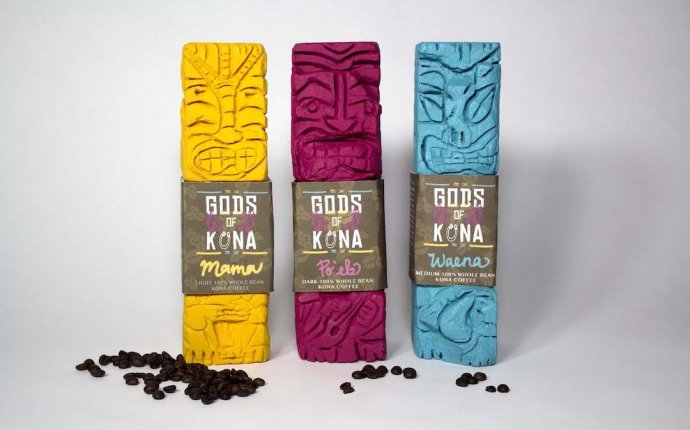 Was in Honolulu for Thanksgiving 2012. Always have to stop at Hilo Hattie for just STUFF, so went to the Nimitz location. The store is huge and we were hungry so were thrilled to find the Kona Bean Cafe inside the store. We both had Chili and Rice and it was great-I am still dreaming of it, in fact! The staff was VERY accommodating to all of our questions and requests. I think they have a great idea as they are now serving beer (only $4 all day!) and had a big screen TV with Football on. As we ate, we noticed a lot of husband types migrating over while their sig others shopped. I suspect that as the day went on, they would be doing much more business! And parking is free! I would go back anytime in Honolulu!

Hilo Hattie's flagship retail store on Nimitz Highway recently opened The Kona Bean Cafe, which is located at the back end of the store on the ground floor. According to Hilo Hattie's website, they describe it like this: "Hilo Hattie's new café "Da Kona Bean Café" is the place to relax and unwind with food and beverage unique to Hawaii, live entertainment showcasing the up and coming musical talents in Hawaii, and free WIFI to catch up on what's happening at home and at work. Plenty of free on-site parking makes this a "must-stop" for locals and visitors alike." Sounds good, so we went to check it out this past week. We got there around noon'ish, where there wasn't any live music happening, yet making it feel at least a little "happening", there were several tables of patrons, who mostly looked like they were bussed-in tourists. The two young gals working the counter were also very knowledgeable, friendly and eager to serve us. Come to find out, as far as food, they source most of the deli items from Panya, which is certainly a welcome thing as far as being a vendor, yet we were a little disappointed nothing was made-to-order there. Well, we had to give it a shot anyway, so we picked up a Tuna Sandwich ($4.95, Curry Chicken Sandwich ($4.95), Ham & Cheese Danish Pastry ($2.50) and Mixed Fruit & Custard Danish Pastry ($2.50), all of which are sourced from Panya. On a soon-after return visit, I also picked up a "Hana Hou" Mac Nut Latte ($4 for the "Ali'i" medium size), which thankfully is made-to-order by the nice barista gal workin' it at The Kona Bean Cafe. That nice barista gal also offered me a free sample of their "Dole Whip", which is sort of like a frozen yogurt/sorbet that comes out of a soft-serve machine. Seriously, of all the things I've so far tried here, the "Dole Whip" is by far my FAVORITE! That stuff is awesome! She gave me a combination of Vanilla and Fresh Pineapple flavor in a little sample cup, yet I tell you, that was such a tease, as I wanted a whole friggin' GALLON of it after sampling just that small taste! Seriously, don't leave The Kona Bean Cafe without at least trying it. They'll be happy to give you a sample first. 5 stars on The Kona Bean Cafe's "Dole Whip"! As for the Panya-sourced sandwiches, the execution, presentation, quality of ingredients and size was spot-on, yet it having been sitting in the refrigerator case for who-knows-how-long, it just had that "leftovers" taste to it, mainly because the thick Japanese style bread was stiff and crumbly from the refrigeration. Like sushi rice, nothing is worse than stiff, cold bread. And having paid about $5 for it, I expect better than that. Fresher than that. On the plus side, the curry-flavored mayonnaise with diced chicken, pickles and cranberries spread in my sandwich was quite tasty. If the bread was room temp', supple and fresh, this sandwich would have been a real winner. Yet as is, I give it barely 3 stars, especially considering the price. My coworker felt the same about his Panya-source Tuna Sandwich. The Danish Pastry had a fantastic buttery, almost filo-like flavor and texture to it, yet on the downside, they MICROWAVED it to heat it up, which made it a kinda' chewy. DO NOT MICROWAVE pastries! They need to seriously invest in some sort of blast oven to bring their cold deli foods back to life. Again, 3 stars on the pastry, with potential for better with the proper heating method. Finally, I returned soon after and tried their "Hana Hou" Mac Nut Latte, which an "Ali'i" medium size (12 oz.) ran $4. Honestly, I'm not one for "fru-fru" jazzed-up coffee styles (simple cream and sugar is fine by me), so I'm not qualified to judge whether this was a good or bad Latte. All I can say is it remained well-frothed from start to finish, and it had a smooth flavor profile, with just the right amount of dairy and sugar going on, while I still could taste the robust and nutty flavor of the Mac Nut-enhanced Kona coffee. 4 stars. As always, see photo section for pics of the items mentioned in this review.

Bought a livingsocial coupon ($5 for $10 worth) of smoothie. Which really covers for 2 medium sized smoothie. Its located inside Hilo Hattie, if you enter in the front, you have to walk all the way to the back for the cafe. The first time we came here, they said the ice cream machine for the smoothie is broken, so we couldn't get some. So glad the second time we went it worked! So we ordered the mango lilikoi lemonade smoothie and the regular lemonade smoothie. I love the first one because it was mixed with 3 different flavor. So creamy and fruity. The lemonade one tasted just lemonade, sour and sweet.

The coffee is good. I typically get non-fat milk in my coffee, but they only have 2% or whole, so not totally thrilled with that. However, the cashier was very nice and friendly and he made some good iced coffee drinks. They have some food items like a breakfast bento, hot dogs, and pastries in the case. They also have a Kama'aina discount and two cafe-only parking stalls right out front which i think is a brilliant idea.