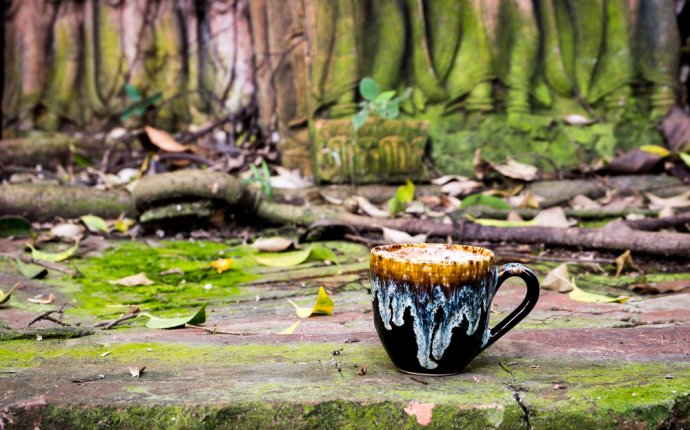 When Matros — founder of the Protein Bar restaurant chain — returned to the United States, he learned about wet-processed or "washed" coffee, and was impressed. It's a faster method — often used in areas with more access to water — that soaks the cherries before separating the bean from the pulp, and then air dries them for a shorter time. Depending on conditions, this can potentially reduce mold formation and resultant mycotoxins on the beans.

Fear of these mycotoxins — warranted or not — has freaked out some coffee drinkers in recent years and driven sales of the Upgraded coffee brand sold by Bulletproof coffee founder Dave Asprey. And that fear motivated Matros.

So at Limitless Coffee, whose roastery is at 316 N. Elizabeth St., the entrepreneur says he sources only wet-processed, "clean" beans.

"With that clean coffee, we have low toxicity, and I think it's that low toxicity that really drives performance and productivity, " says Matros. "We want to help people own the day and really win at productivity."

Matt Matros, co-founder and brand director of Limitless Coffee, says he sources only wet-processed, “clean” beans for the new company's roastery at 316 N. Elizabeth in Chicago.

But do these processes really create a "cleaner, healthier" coffee?

"I think a lot of this sounds like hyperbole and someone who is a little confused about the science, " says Spencer Turer, vice president of Coffee Analysts, an independent coffee testing and consulting firm based in Vermont.

"I was offended by what I saw" on the Limitless Coffee site, says Cox, a certified coffee grader who's been in business for 35 years. "I don't think he knows what the (heck) he's talking about."

Specifically, Cox calls out Matros' blanket statements about the cleanliness of washed beans versus natural processed beans. When it comes to coffee quality, a number of factors come into play.

"You can have washed coffee, and it can be filthy, " Cox says. "Or it can be very clean."

"Almost all (unroasted) coffee is going to have silver skin or chaff, " Cox says. "And during the roasting process, whether you're using a drum or air roaster, all roasters collect the chaff."

One of the main proponents of the theory that drum roasting creates carcinogens is the late inventor of the Sivetz air roaster Michael Sivetz.

As for mycotoxins, Cox notes that they can be present in coffee and in many plant-based foods. These include most grains, nuts, wine and beer.

But coffee is actually not a significant contributor, says Spanish toxicology researcher Ana Garcia Moraleja. In 2015, while at the University of Valencia, she co-authored a risk assessment of mycotoxin exposure from coffee in adults and adolescents.

"We found levels of exposure are significantly lower than toxicological (limits)" set by international health agencies, she wrote in an email interview. She further found that mycotoxin input from coffee was tiny compared with overall dietary consumption — which still wasn't very high.

For its part, the U.S. Food and Drug Administration says it routinely tests imported coffee for mycotoxins and can take enforcement action if any elevated levels are found.

When presented with some of this evidence, Matros says the real proof is in how his coffee makes people feel.

"At the end of the day, if you had two cups of coffee in front of you, would you want the one with toxins in it or not?" he asks. "Maybe some people don't care. I know some people who eat at McDonald's, but I don't want to."

Despite this comparison, it's worth noting that in 2012 the New England Journal of Medicine published a large, 13-year study showing that coffee drinking was associated with reduced mortality from a number of causes — and it didn't differentiate among people who drank wet-processed, natural-processed, drum-roasted or air-roasted beans.