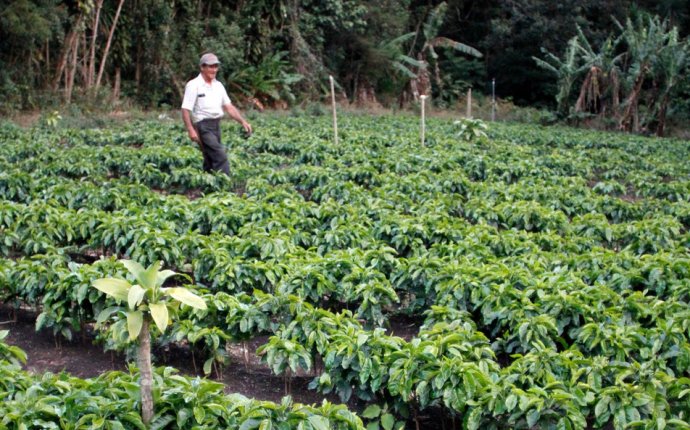 COFFEE has many devoted drinkers. Its appealling aroma and caffeinated kick mean that 83% of all American adults drink it, 63% of them on a daily basis, according to a survey from the National Coffee Association. Yet despite the strong demand for coffee, some suppliers are unhappy. In Brazil, which produces a third of the world's coffee beans, farmers are striking over falling prices and burning sacks of coffee in protest. Why are coffee-growers feeling the strain?

There are two main varieties of coffee bean: arabica and robusta. The former, which accounts for around 60% of the world's crop, is considered superior and fetches higher prices; the latter is a hardier crop, resistant to leaf rust, but has a more bitter taste. Most of the beans produced in Brazil are of the arabica variety. But these beans now fetch around $106 a 60kg bag, less than half of what farmers could get for them a couple of years ago. Farmers in Colombia and Ethiopia, who also produce arabica beans, are suffering too. The reason is that production of coffee, and of cheaper robusta beans in particular, is booming. Vietnam has gone from growing almost nothing a decade ago to producing 25m bags of robusta beans a year today. The result is an oversupply of coffee.

This hurts producers of arabica in particular, for several reasons. First, consumption in the developed world—American, European and Japanese drinkers consume more than half the world's coffee—is flat, and the recession has squeezed the profits of big food companies such as Nestlé and Kraft. They have taken to blending cheaper robusta beans into their products to maintain their margins, causing the price of robusta to fall more slowly than that of arabica. In the developing countries such as China, Indonesia and Brazil, meanwhile, where the emerging middle classes are discovering the joys of coffee and the market is growing by around 5% a year, robusta is the bean of choice. To make matters worse for arabica growers, falling prices have been accompanied by rising costs: coffee is still largely picked by hand, and wages are rising fast in Brazil and Colombia. Many Brazilian and Colombian farmers invested to boost production of arabica in response to the high prices of 2011, which has added to the oversupply and further depressed prices. And good weather in Brazil means that this year's crop has turned out to be unexpectedly large. That is why Brazil's farmers are striking, and are demanding more protection, in the form of fatter subsidies, from the state.

Farmers who grow arabica beans tend to be specialists, and do not plant other sorts of crops (which is the usual way for farmers to insulate themselves from volatile prices for a particular crop). Prices for sugar cane, a potential alternative, are also low. Aficionados' demand for the fanciest coffees, which fetch higher prices, is healthy, but for farmers to move upmarket takes time and expertise. Indeed, discerning coffee drinkers are also feeling the pinch, because the Central American countries where the finest coffee is grown, including Guatemala, Nicaragua and El Salvador, have been hit by leaf rust, which could wipe out 30% of this year's crop. So even while arabica beans fetch low prices on commodity markets, the price of the fanciest beans is going up. A storm in a teacup it ain't.