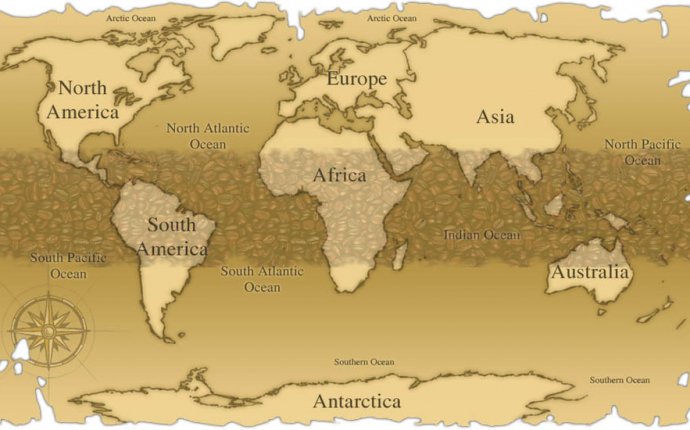 While you may drink coffee every day, unless you've lived in a coffee-producing country you may have no idea what a coffee tree looks like. A coffee tree is a woody perennial evergreen, covered with dark-green, waxy leaves growing opposite each other in pairs. They can grow 30 feet (9 m) high, but in cultivation, coffee trees are kept short for easier harvesting. It takes three or four years after planting for the tree to become productive. The tree produces fragrant white blossoms (some say the blossoms smell like jasmine), and then, nearly a year later, the coffee cherries mature. A coffee tree produces continuously: One plant can be flowering, have immature beans and mature cherries all at the same time. Each tree can produce beans that make between 1 and 1.5 pounds (0.45 and 0.68 kg) of roasted coffee every season.

A coffee plant prefers rich soil and mild temperatures, with lots of rain and shaded sun. It grows best in a band around the middle of the world, bounded by the Tropics of Capricorn and Cancer, known as the Bean Belt. Soil, climate and altitude affect the flavor of the beans.