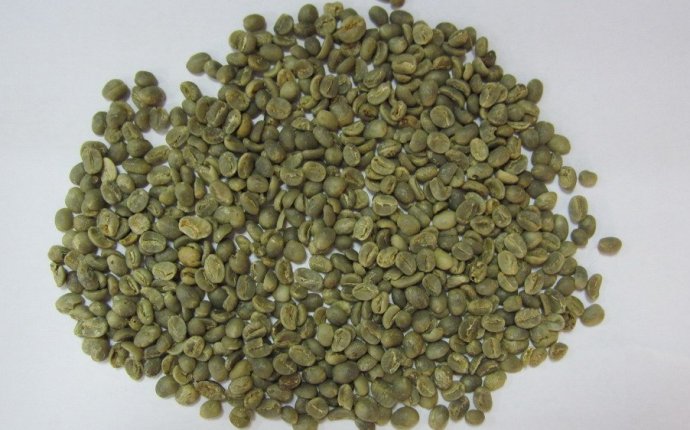 Growing regions typically offer moderate sunshine and rain, steady temperatures around 70°F (20°C), and rich, porous soil. In return, the delicate coffee tree yields beans that are an economic mainstay for dozens of countries and about 25 million people. Among the natural commodities, coffee has a monetary value surpassed only by oil.

There are two main varieties of coffee trees: Arabica and Robusta. Arabica coffee trees are more delicate, must be grown at higher elevations (1800 feet or more), and yield fewer beans per tree per growing season. Robusta coffee trees are much hardier, may be grown at lower elevations, and have a high bean yield. Of the two, Arabicas beget the better beans - and about 70 percent of the harvest. The harsher beans Robusta tree account for about 30 percent of the world's production and are used for "mainstream" (lower quality) coffee blends.

The following is based on the number of 132 pound (60 Kilogram) bags produced during the 1997-98 crop year, according to the U.S. National Coffee Association.

Brazil (22.5 million bags)
After arriving from French Guiana in the early 18th century, coffee quickly spread and thrived in Brazil. Today Brazil is responsible for about a third of all coffee production, making it by far the heavyweight champion of the coffee-producing world. Though many connoisseurs believe that Brazil's emphasis on quantity takes a toll on quality, many also praise the country's finer varieties. Brazil is the only high-volume producer subject to frost. The devastating 1975 frost, in particular, was a boon to other coffee-growing countries. Two 1994 frosts raised prices worldwide. Top Coffees: Bahia, Brazil Bourbon Santos [Coffee Review]

Colombia (10.5 million bags)
Colombia is the only South American country with both Atlantic and Pacific ports...an invaluable aid to shipping. The crop's economic importance is such that all cars entering Colombia are sprayed for harmful bacteria. Colombia's coffee grows in the moist, temperate foothills of the Andes, where the combination of high altitude and moist climate makes for an especially mild cup. Top Coffees: Medellin, Colombian Supremo [Coffee Review], Bogotá

Indonesia (6.7 million bags)
The Dutch unwittingly gave coffee a nickname in the late 17th century, when they began the first successful European coffee plantation on their island colony of Java (now part of Indonesia). Top-grade Arabicas are still produced on Java as well as on Sumatra, Sulawesi, and Flores, but the Indonesian archipelago is most notable as the world's largest producer of robusta beans. Top Coffees: Java Estate [Coffee Review], Sumatra Mandheling [Coffee Review], Sulawesi (Celebes Kalossi)

Vietnam (5.8 million bags)
French missionaries first brought coffee to Vietnam in the mid-1860s, but production remained negligible as late as 1980. In the 1990s, however, Vietnamese coffee production has been ratcheted up at a furious pace. At least one trader worries that the industry is growing too quickly for its own good. "The crop's growing so fast that there's not an equivalent growth in processing, so you're looking at quality problems, " he said from Daklak, Vietnam's main coffee-growing region. Top Coffees: Robusta

Mexico (5 million bags)
Coffee came to Mexico from Antilles at the end of the 18th century, but was not exported in great quantities until the 1870s. Today approximately 100, 000 small farms generate most Mexican coffee, and most of the beans come from the south. Mexico is the largest source of U.S. coffee imports. Top Coffees: Mexican Altura Coatepec [Coffee Review], Liquidambar MS, Pluma Coixtepec

Ethiopia (3.8 million bags)
The natural home of the Arabica tree and the setting for most of coffee's origin legends, Ethiopia is Africa's top Arabica exporter and leads the continent in domestic consumption. About 12 million Ethiopians make their living from coffee, whose name is said to be a derivation of "Kaffa", the name of an Ethiopian province. Top Coffees: Ethiopian Harrar Longberry, Sidamo, Ethiopian Yirgacheffe [Coffee Review]

India (3.8 million bags)
According to legend, India is the birthplace of coffee cultivation east of Arabia. Today coffee production is under the strict control of the Indian Coffee Board, which some say reduces economic incentive and thereby lowers quality. Top Coffees: Mysore, Monsooned Malabar

Côte d'Ivoire (3.3 million bags)
In the mid-1990s Côte d'Ivoire was the number five coffee producer and second largest robusta producer. Why the decline? Some speculate that an emphasis on volume and a lack of investment and planning have lowered quality and per-acre productivity. Today most exports end up as mass-market coffee in Europe, especially France and Italy. Top Coffees: Robusta

Uganda (3 million bags)
Though Uganda grows precious little Arabica, it is a key producer of robusta. That humble, hardy bean accounts for 75 percent of the country's export revenue and provides employment for 80 percent of all rural workers. Efforts to diversify aside, Uganda is likely to remain loyal to coffee production for the foreseeable future. Top Coffees: Bugisu