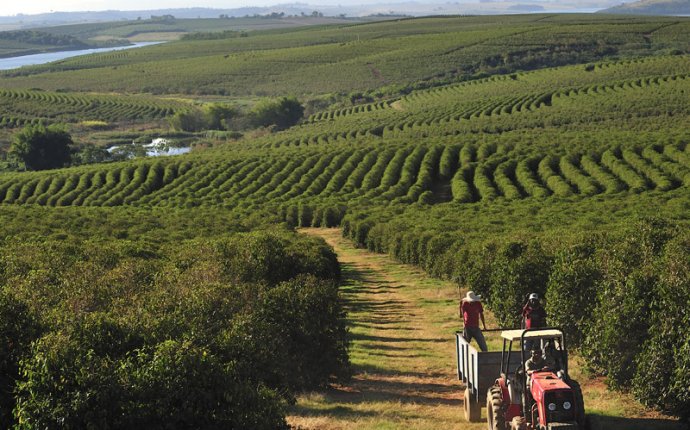 In July 2015, Danwatch attended an inspection during which the Brazilian authorities liberated two children picking coffee under conditions analogous to slavery. Even though Brazilian children are still picking coffee in 2015, the problem of child labour has been reduced by more than half in the last ten years, in part because of government social policies.

In May 2015, two boys, aged 15 and 14, arrived at a coffee plantation with their families in southern Minas Gerais, Brazil. The boys were lodged in an unsanitary house that had no access to clean drinking water and was much too small for the seventeen men, women and children living there during the coffee harvest.

When the Brazilian authorities liberated the two boys in July 2015, they had been picking coffee without proper protective equipment and without receiving pay for their labour. In addition, they were missing school while working on the plantation. The authorities concluded that the conditions on the plantation resembled slavery, and that the workers were victims of human trafficking.

The case of the two boys shows that children are still picking Brazilian coffee in 2015, even though the problem of child labour on Brazilian coffee plantations has been significantly ameliorated over the course of the last decade.

In July and August 2015, Brazilian authorities freed a total of 128 workers from conditions analogous to slavery on five coffee plantations in southern Minas Gerais, including six children and teenagers under 18 years of age.

The children, who were freed by the Brazilian authorities in their struggle against slavery-like conditions in the country, account for only a tiny fraction of the children who work picking coffee on Brazilian plantations.

Brazilian authorities lack precise figures to document how many children are actually working on the country’s coffee plantations. The largest coffee-producing state, Minas Gerais, is third in the national rankings of children working in agriculture, according to statistics from 2013 by the Brazilian government research agency, IBGE.

Many of the coffee pickers Danwatch encountered during the 2015 harvest in Brazil began working on coffee plantations when they were children, some when they were as young as 7 years old.

Elaine Noronha Nassif is a labour attorney and a public prosecutor in Brazil who has investigated labour conditions for coffee workers. She says that children often used to help their parents with the harvest on coffee plantations, causing them to miss school. In the last ten years, the number of children working in the agriculture sector in Minas Gerais has decreased by more than half.

Illegal for children under 16 to pick coffee

It is illegal for children under 16 years old to work on coffee plantations, although teenagers between 16 and 18 years old may do so as long as it does not interfere with their schooling. See the Brazilian labour code (CLT, Article 403):

Bolsa Família was begun by the Brazilian government in 2003 under President Luíz Inácio da Silva, also known as Lula. The programme gives financial help to Brazil’s poorest families on the condition that their children attend school and receive vaccinations.

“Parents are now much more focused on keeping their children in school”, says Nassif.

Even though the problem is abating, child labour is far from eradicated on Brazilian coffee plantations.

“The problem still exists”, says Jorge Ferreira dos Santos Filho, coordinator for the social movement Articulação dos Empregados Rurais de Minas Gerais, known as Adere. His work consists of driving around to coffee plantations, speaking with workers, and notifying the authorities when he uncovers breaches of law. According to Santos, children work on about one out of every five plantations he has visited.

“It’s not as bad as it was five years ago”, he says, explaining that the incidence of child labour on coffee plantations varies from municipality to municipality depending on how active the local labour union is and on how many inspections are carried out by authorities in the area.

Santos says that children are typically brought to the plantations by their parents, who are working in the coffee harvest. Some parents pay for a babysitter, but other times the children work alongside their parents.

“Some of the children go to school while they work the harvest, while others work instead of going to school”, says Santos.

IBGE (The Brazilian Institute of Geography and Statistics), a Brazilian government research agency, suggests that in 2013, 997, 000 children between the ages of 5 and 17 worked in Brazilian agriculture. Of these, 464, 000 were under 14 years old.

Usually the children are given the job of picking coffee, since that is the easiest task. But sometimes they do other jobs as well, like drying the coffee beans.

“Yesterday, five children under the age of 16 were found working on a coffee plantation”, says Santos. The youngest child he remembers encountering in recent years was 9 years old and worked drying coffee on a plantation in 2013.

The labour union FETAEMG organises coffee and other harvest workers in the coffee state of Minas Gerais. According to Flávia Heliene de Castro, president of FETAEMG’s local branch in Santo Antônio do Amparo, child labour is most prevalent on so-called Mutirãos, plantations that are only harvested on weekends, often without contracts or protective equipment. These days, according to de Castro, most children that work the coffee harvest, whether on weekend plantations or regular plantations, are over 16 years old.

The reasons that child labour has fallen on coffee plantations, according to Jorge Ferreira dos Santos Filho, are that unions have begun to take the problem more seriously, and that government social programmes like Bolsa Família encourage parents to keep their children in school.

He believes that in order to combat child labour on Brazilian coffee plantations, the government should both develop additional social programmes to help the country’s poorest families and see to it that plantation owners who employ children are punished more severely.

“If they are caught employing children, they should get a steeper fine than they do today”, says Santos.

The current fine is 788 reais (about $190) per child found working on the plantation. The amount is equal to one month’s minimum wage.